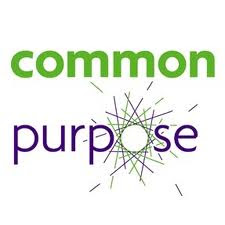 Common Purpose is a fraudulent 'educational charity' acting as a change agent being used to recruit and train the change agents and devoted followers needed to implement the British and US government's hidden New World Order communitarian agenda.[1] Wikipedia describes the movement this way, but you'll need to read between the lines:


"Common Purpose runs a range of leadership development courses that offer participants the inspiration, knowledge and connections to help them become more active and engaged in society. Its courses run in 11 countries worldwide and aim at improving the way organizations work by increasing the number of informed individuals who are actively involved in shaping the future of the area in which they work." 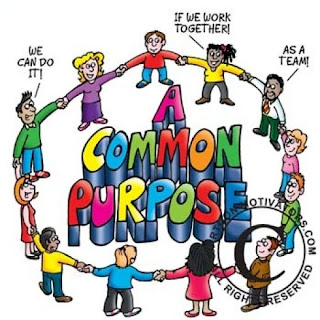 The Communitarian agenda can be described as social cohesion that finds common ground that is similar with nationalistic communism, or various forms of authoritarianism. They believe that the rights of the individual must be balanced against the interests of society as a whole, which is detrimental to individual liberty. Both Democrats and Republicans push Communitarian policies.[2][3]

The primary focus of this leadership style and training is to make change happen in:
Communitarianism is the Third Way.[4] More simply put:

The Third Way refers to various political positions which try to reconcile right-wing and left-wing politics by advocating a varying synthesis of right-wing economic and left-wing social policies.[5] All based on New Age thinking and terms.

One teacher of communitarian thought is Amitai Etzioni, who served as a Professor of Sociology at Columbia University for 20 years; part of that time as the Chairman of the department. He has served as Director of the Center for Communitarian Policy Studies at the George Washington University, Washington, DC. He served as a Senior Advisor to the White House on domestic affairs from 1979-1980 under Jimmy Carter. Etzioni is also the founder and director of a think-tank, Institute for Communitarian Policy Studies, that produces working papers and advises government officials in Washington. 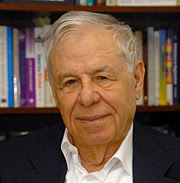 Amitai Etzioni - a German Jew by the name of Werner Falk, is a former CFR member.

Etzioni has said in his writings:


“While governments across the world search for a new political synthesis, the theoretical debate has offered little to those interested in a new framework for progressive politics. This essay presents an account of what the Third Way really means, and roots it in a communitarian vision of the good society. It argues that such societies achieve a dynamic balance between state [public sector], market [private sector] and community [social sector]...."

The NWO communitarian agenda in the USA is being implemented through communitarian programs. Bush adviser Marvin Olasky, a Dominionist, favored religious solutions for communities, while others, like Etzioni and William Galston, prefer secular approaches." (See update about Etzioni)

Ultimately, it is a secret organization that is being used to form a New World Order control grid. The movement in the US was founded and is being led by these individuals, and George Soros funds the organization.

Brian Gerrish has been instrumental in exposing this political agenda in the UK, he explains that it is in schools, hospitals, the military, the police force, and many organizations. In the following interview, Brian Gerrish describes how far these Third Way groups have advanced their agenda, and how similar it is at fulfilling Hitler's dream of a New World Order. 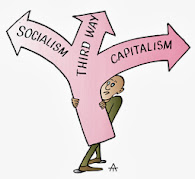